While Music fests are getting bigger and better by time, women have made an outstanding progress in this sphere. On this International Women’s day, we couldn’t help but compile this dashing article highlighting the niche that female artists have carved for themselves.

An acclaimed DJ from the US, Lady Faith does her best in Hard Dance, Hardcore ad Hard Techno music. Basically, she specializes in Hard Style of music where she has made a mark of 150 beats per minute.

She has been a performer at many EDC festivals. Lady Faith has a dedicated fan following titled as ‘the Faithful’.

Anna Lunoe is all-music! She is a DJ, vocalist, songwriter and producer. She has also hosted radio shows as a DJ. While  her sparkling vocals spell magic, she also delivers productions which go beyond the regular old EDM.

She has been a sought-after performer at Coachella, Lollapalooza, Ultra, TomorrowWorld and Hard Fest. 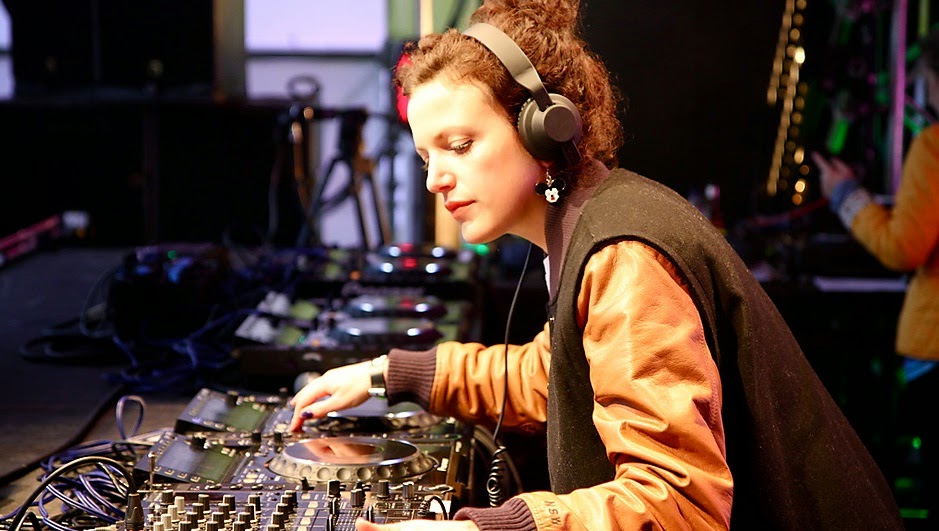 Annie Mac hosts a handful of shows on Radio 1, her main show being the Annie Mac show. She has made apperances in shows like The Culture Show, Never Mind The Buzzcocks, Top of the Pops. She also Djs at clubs and even colleges like Cambridge and Aston University.

Annie won the Best female award for her contribution to the promotion of drum and bass.

Hannah Wants performing at an event.

Hannah Alicia Smith or better known as DJ Hannah Wants is a Birmingham-based DJ and producer. Her track ‘Rhymes’ became the #13 in UK in 2015. Hannah Wants is a self-learned DJ and has made her way in House Music. She performed at Creamfields in 2014.

In 2009, DJ Carl Cox tagged Nicole Moudaber as ‘the most underrated DJ’ , thus launching her career wherein she emerged as a music-producer and DJ. Her debut album ‘Believe’, released in 2013 took her at the top of the game by becoming #1 for an entire month at Beatport Techno, tech house and deep house charts. Her other notable works are the MOOD Records.

Maya Jane Coles is a UK-based music producer, audio engineer and also a notable DJ. Also known as Nocturnal Sunshine devoted to dubstep, she composes and plays house music under her original name. She is also one of the electronic dub duo named ‘She Is Danger’. She has been a performer at D8 music fest.

Gina Turner is an American DJ and also the head of the ‘Turn It Records’. She started her stint as a Radio DJ on 88.9 WERS and 99.9 WECB in Boston. She has collaborated with artists like Soulwax, Tiefschwarz, DJ AM, Steve Aoki, Justice, Uffie, Chromeo, Sinden, Diplo, Switch, Them Jeans, Tommie Sunshine, Eli Escobar, Flosstradamus, Spank Rock. She has played her music all over Europe and North America. French DJ Caroline Hervé, better known as Miss Kittin, rose to fame with her singles’1982′ and ‘Frank Sinatra’. While Miss Kitten has also earned name and fame with other hits like ‘Rippin Kittin’ and ‘Silver Screen Shower Scene’, she makes party-men groove to Electroclash, synthpop, electro, techno and tech house.

A German by nationality, Ellen Fraatz better known as Ellen Allien makes music in genres like Experimental techno, Techno, IDM and Tech House. She is also an Electronic musician , music producer and the founder of BPitch Control Music Label.

She had performed at the BPM Festival in 2015.

The Australian twins Miriam Nervo and Olivia Nervo form the ‘Nervo Duo’. The twins are established names in the music scene, co-writing the Grammy award-winning song titled ‘When Love Takes Over’, performed by David Guetta and Kelly Rowland. They are also known as Mim and Liv or even better as the ‘Nervo Twins’. Their collaboration with Afrojack for the track ‘We’re all no one’, featuring Afrojack and Steve Aoki rose to #1 on the UK Club Charts.

The Nervo sisters have also performed at Tomorrowland in 2015.

Excited to visit some of these fests? Then why wait? Find your best pick on our website. Happy partying!