In 1993, a performance by Pearl Jam at Empire Polo Club in Indio, California, was a turning point for many music enthusiasts. That one show brought in one of the greatest festivals ever into the music scene. yes, we are speaking about Coachella- the annual music n art festival! The main stages are: Coachella Stage, Outdoor Theatre, Gobi Tent, Mojave Tent, and the Sahara Tent and the Yuma stage. Coachella has rocked the Indie, hip hop, rock and every youngsters favorite- EDM. This year’s fest hits from 15 April to 24 April, 2016.

While this was just a starter to how Coachella started, we tell you more about Coachella and why attending must appear in your list of ‘to-dos.’ 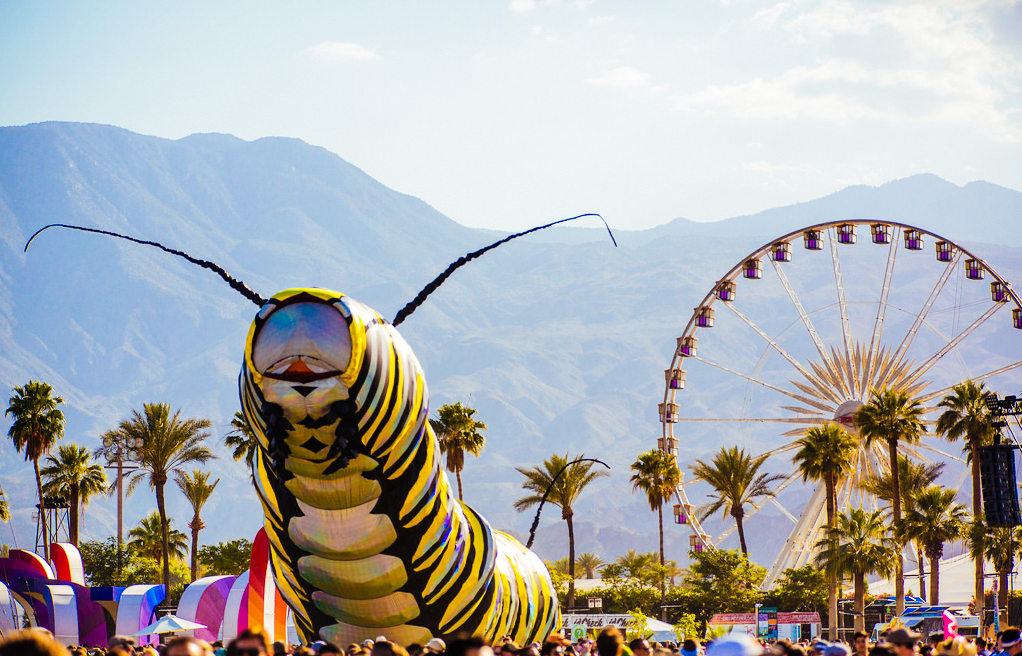 A festival without the right set-up is incomplete. Coachella understand this and makes for the most visually-stimulating fest! Coachella co-founder Paul Tollet describes the Empire Club Polo as the fest’s secret weapon! The field guarded by the Santa Rosa mountains, make for a visual treat no other fest can provide.      The green lawns, rose gardens and medieval statues look divine in their own unique way.
Another plus point- the festival is high on surprises. 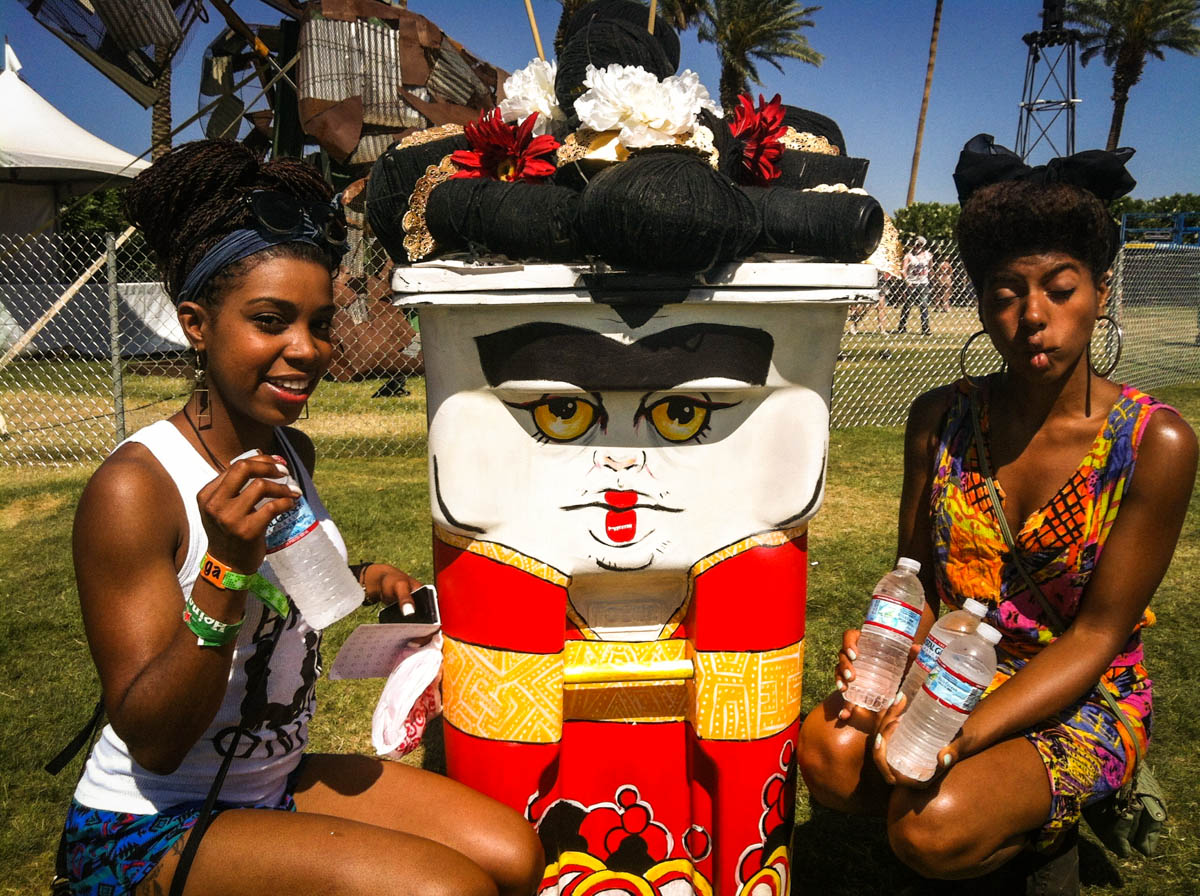 Coachella works towards certain global causes. Coachella, along with Global Inheritance promotes environmental safety. Global Inheritance’s “TRASHed ::Art of Recycling” urges local artists to beautify trash boxes that are later placed all over the festival venue. ‘Carpoolchella initiates festivalgoers to carpool in groups of four or more with the word ‘Carpoolchella’ on their cars. These goers can take party in a draw and is winning is a getting lifetime passes to Coachella.

The line-up of any music festival spells magic for the fans and followers. Coachella has one hell of a massive line-up with music supremos like Major Lazer, Nicole Moudaber, fur coat, Savages, Sasha, Zedd, The Chainsmokers, A$AP Rocky and many many many more for 2016, you just cant miss! In fact, Coachella has eternally been known for its lineup of big guns.

Coachella wowed everyone last year, when handmade gourmet guys Mallow mallow stepped into the picture. They made the most stunning desserts! where else would you find graham crackers, chocolate, marshmallows and miniature blowtorches. However the winner at last years Coachella was by and large “The American”, a tongue tickling concoction
of bourbon mallow, honey grahams, milk chocolate and a little chunk of bacon. Sweet and savory, it won the hearts of fans. 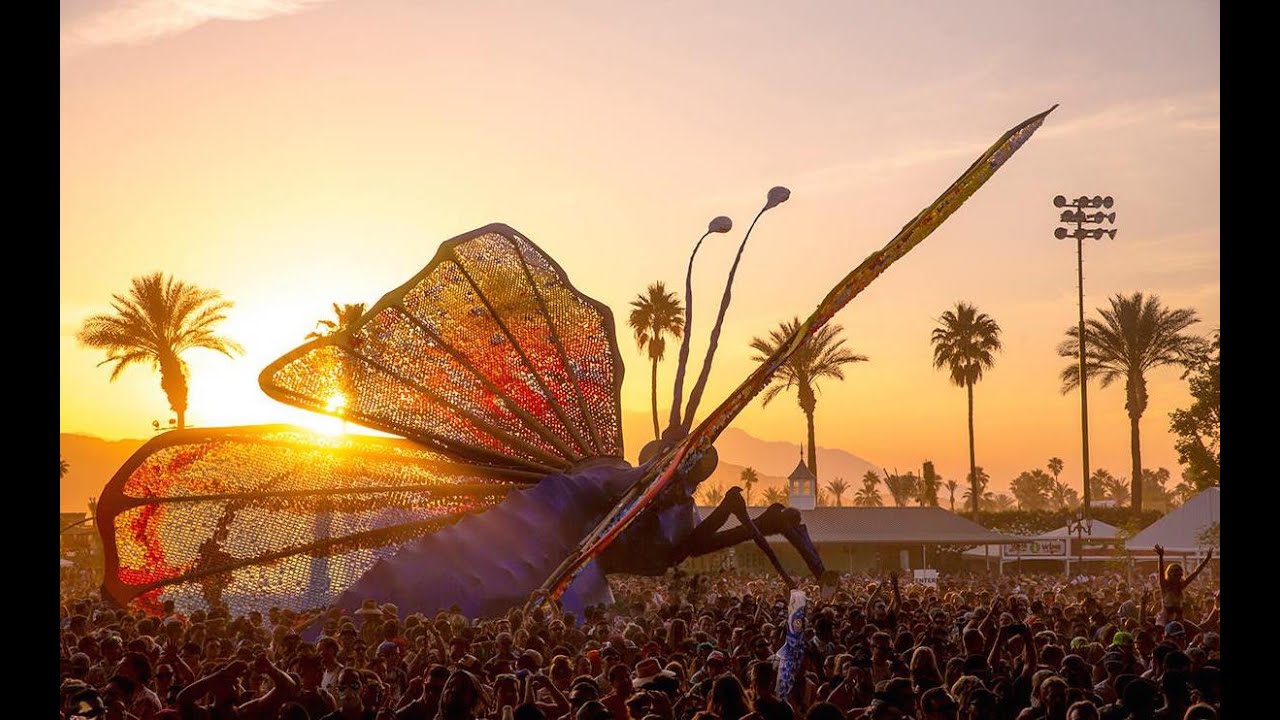 When Coachella was invented, the makers perhaps wanted something for the ‘arty’-pants as well! The art installations at Coachella are a must-watch. Interactive and of late mammoth in size, the arts have always been a spectacle at the fest. The works are sourced by local and overseas architecture schools. Hotshot the Robot is one of the famous installations.
Now that you know about Coachella, we believe you wanna pack your bags and head straightaway! Just get in touch with other fans and make friends even before Coachella begins.